​We represent the first school in the world to teach the research that caused the government and the US Army to travel world-wide (even behind the "iron curtain") in order to gather together all the top doctors and scientist who had studied the lymphatic system or blood proteins. They caused the International Society of Lymphology to be formed so they could continue researching together. We tell the whole story!
Dr. C. Samuel West became the only doctor in that group of scientists to bring that research to the general public for the purpose of teaching people how to prevent, reverse, and eliminate degenerative disease naturally.

"Every healing art on earth involves getting oxygen to cells!  This site teaches all the Medical Research that is necessary to reveal:

(1)  The cause of pain, cancer, heart disease, diabetes, every other degenerative disease on Earth, and

​    (2)  How it is now possible for you to relieve pain and suffering at home faster, and easier than you've ever dreamed possible, as well as.. 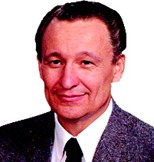 The Academy of Lymphology

​  (3)  How to keep your body free from pain and disease as long as you live.

The speed-healing process is now revealed:

Man given up to die with five by-pass valves - healed in 2 months!

Broken fingers - set in five hours and healed within eight!"

When we do what is necessary to get the cells into the 'Dry' State there is no excess water around the cells, only enough water to fill the crevices around the cells, and that is all. This is the condition that all the cells in your body must be in to get oxygen from the blood stream. Furthermore, you don't get pain, loss of energy or disease (of any kind) when the cells are in this condition."

It took Dr. West seventeen years to do the research which proved that this 'Dry-State' condition was medically documented between 1930 and 1961 at the Harvard Medical, the Tulane School and Medicine, and the Mississippi School of Medicine by Dr. Cecil K. Drinker, Dr. H.S. Mayerson, and Dr. Arthur C. Guyton. His son Prof. Karl West now refers to this condition as the "vacuum state".

In 1976, Dr. West made a Major Life-Saving Discovery which revealed that the sodium-potassium pump that is in every cell, in every organ and in every part of your body - actually generates electricity.  It took Dr. West 31 years to write the following formula which is going to revolutionize the whole medical world because with this formula people will be able to keep their bodies free of pain and disease from birth until they die:

"The most significant, universal, and basic subjects in the field of health care are also the most ignored and neglected.

This formula gives us a language that even a seven-year-old can understand; and no one can deny the truth of this formula because it reveals, for the first time in history, how oxygen is converted to power which is necessary for all of our organs and every part of the body to function properly.

Dr. West said, "You can now learn how to get OXYGEN to every cell in your body so your body can heal itself, get the 'Complete Home Study Course' and go to school with me for 2 hrs. a day for 6 days.  Is that asking too much?"

The LIFE-SAVING RESEARCH and the SELF-HELP SPEED-HEALING TECHNIQUES that are taught in "Dr. West's Complete Home-Study Course" is literally worth hundreds of thousands of dollars. You are going to learn more about how the body works and how to heal in this course than you will learn anywhere else on the face of the earth!

Click here to learn more about the lymphology course...